Picked up a pair of OEM inner fenders today.  They were about an hour away and I was able to purchase them for $70 – a fraction of the cost of a repo fender.  They were sand blasted about 5 years ago, so I will have them sand blasted again and Epoxy primed by the same resource that did my 12-bolt. 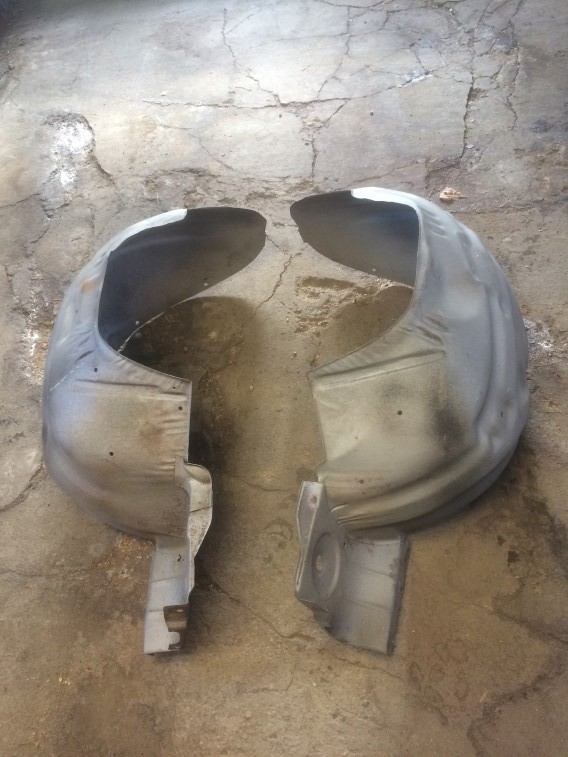 The broken piece is what I had to work with.  I didn’t feel like trying to weld it back on. 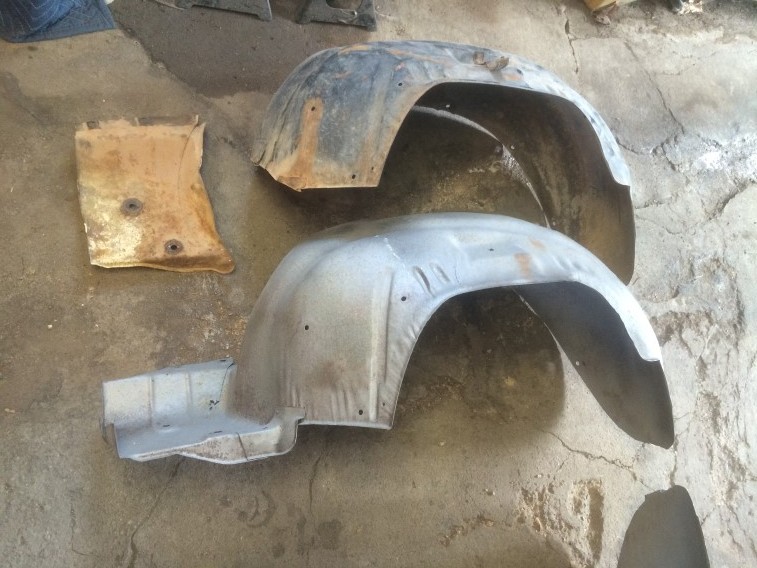 There is one bad spot – I have not yet decided if I will patch it or not. 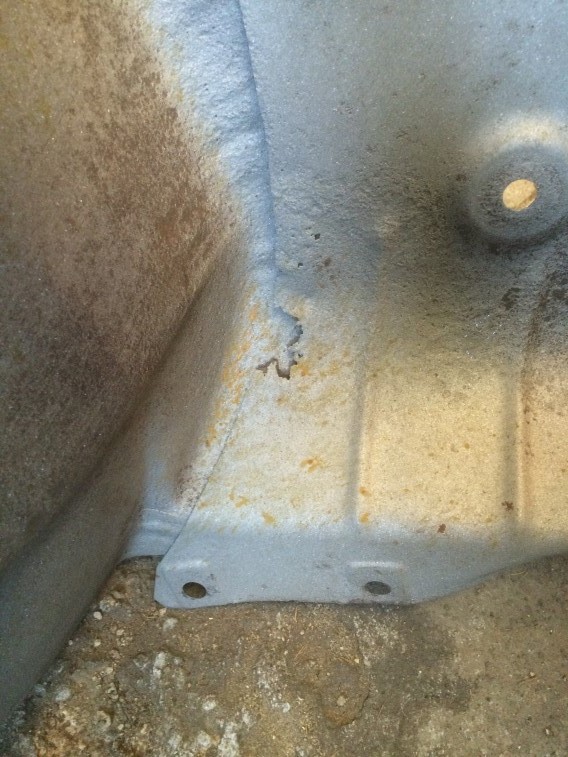 There is also a small crack that I may weld up. 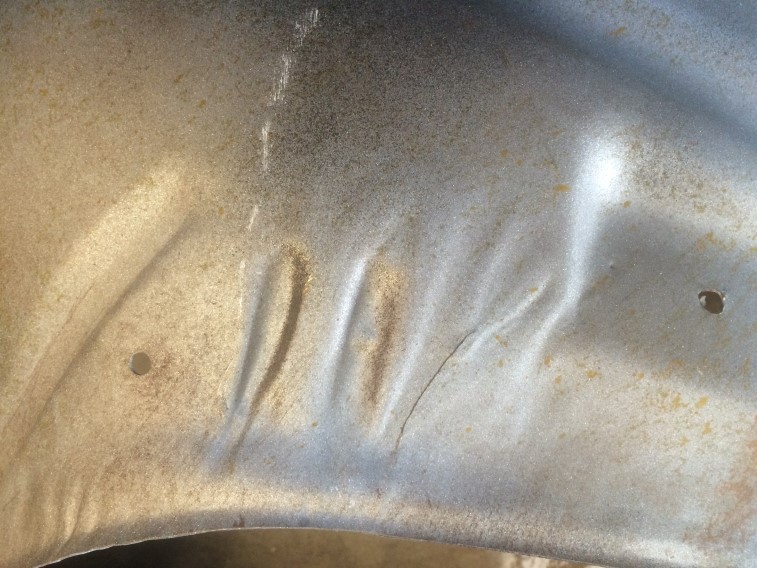 The black one looked to be in ok shape, but I am not sure if it was a repo or not – it came with the car.  Of course the one I need to fix up is the one I don’t have an extra of. 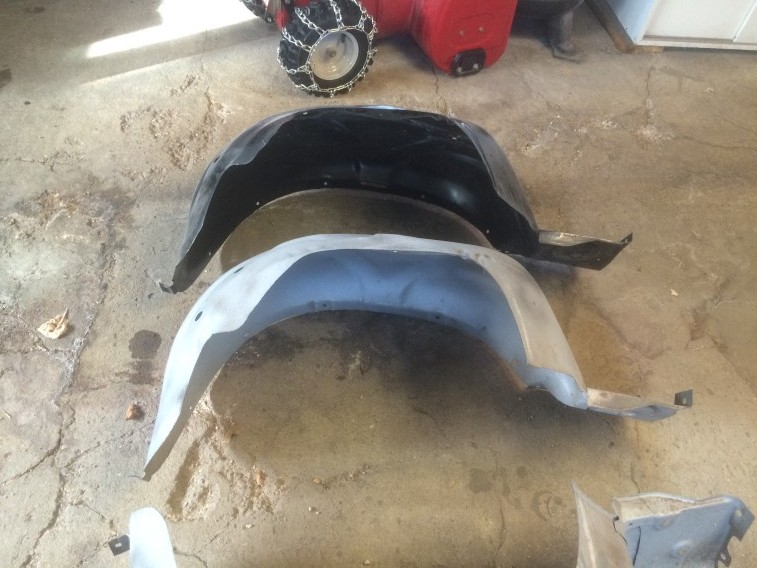 Spent a little time in the garage tonight.  Wiped down the firewall and determined I don’t need to use any more Purple Power on it.  There is still some seam sealer in a few spots that I want to remove and a couple areas to use some paint thinner on before stripping it down to bare metal.  There is still the bottom part of the firewall to tackle where it transitions to the floor board.  I will have to tackle that at some point and I am trying to decide if I want to do that with it on the rotisserie or while it is off.  Latest pic after wiping it down after the Purple Power: 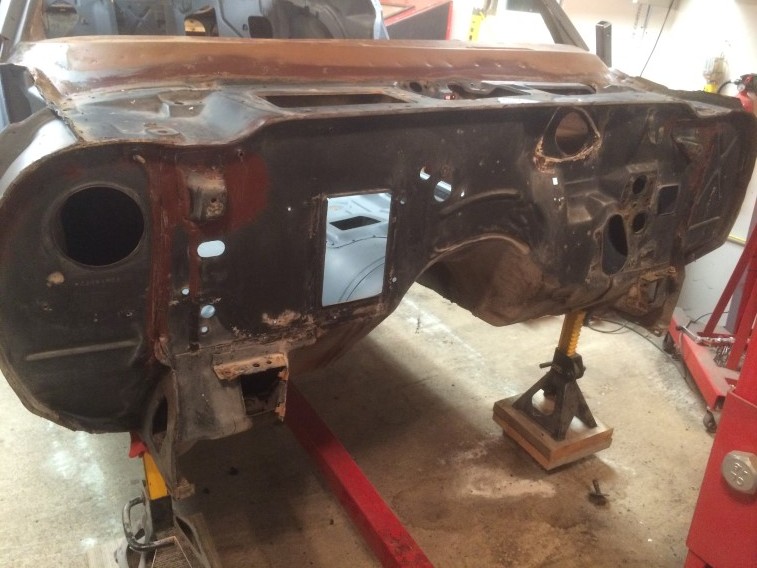 ok – so I have been working on cleaning the firewall before I strip it down to bare metal.  I have used a combination of wax & grease remover, paint thinner, and a heat gun with a scraper.  Made some progress on the passenger side: 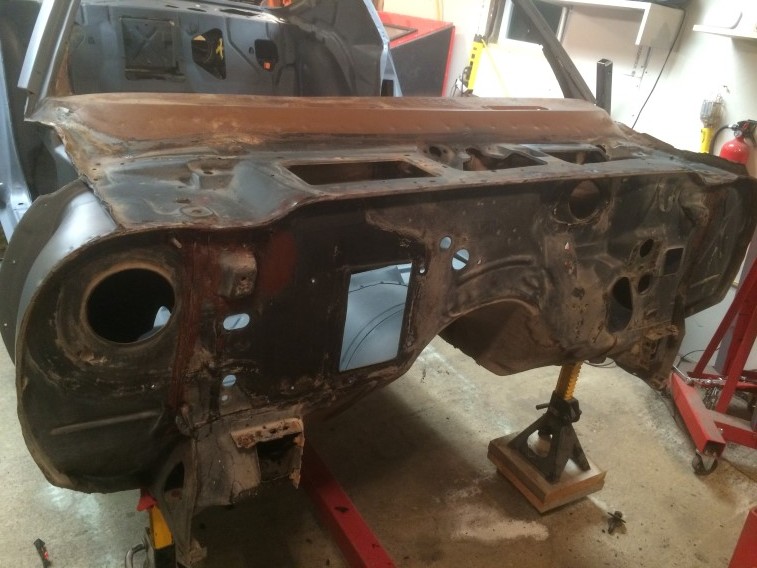 Was able to remove everything from the cowl area.  There was still some glue from the windshield to remove: 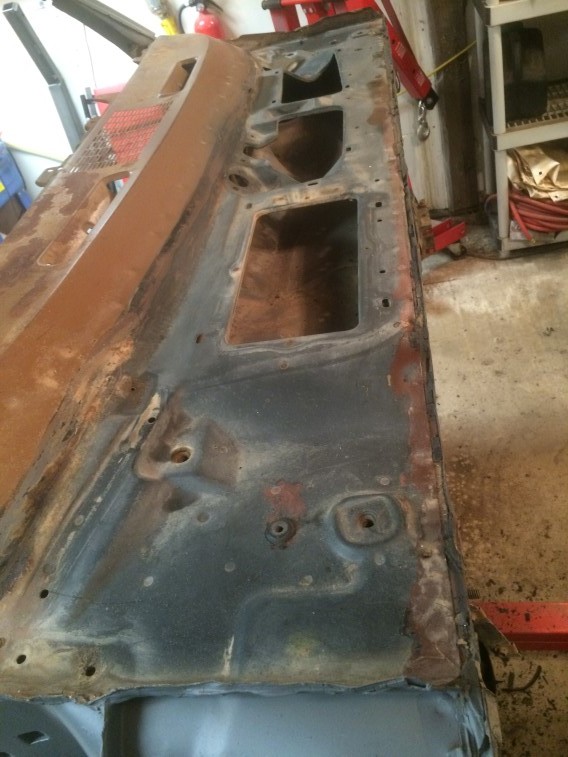 After using some paint thinner and scraper – also removed some of the paint down to the primer: 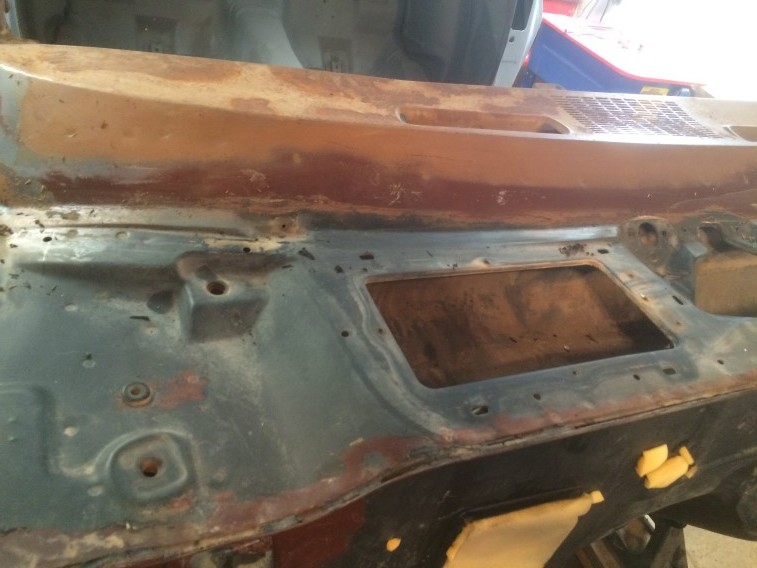 The grease was so bad, I ended up using some Purple Power.  This is non-flammable so was able to use it with the heater going in the garage.  Not when I was using the paint thinner, it was warm enough to turn off the heater long enough for the fumes to dissipate.  I used a mixture of 2 parts water to 1 part purple power.  Also gave it to applications rinsing it with water after each application a couple minutes later. 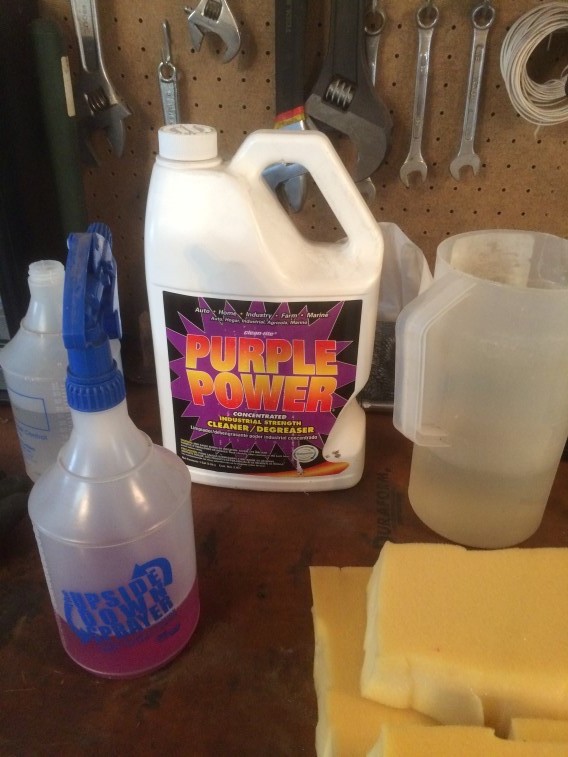 As it is now…  Note I plugged all of the holes in the firewall to keep it off the primed inside shell.  The next step this next week is to go back over it with some wax and grease cleaner and see how much grease is left over.  Might have to use some more purple power with a stronger mix\ratio.  Once it is cleaned to my satisfaction, I will strip it down to bare metal – then attack the bottom of the car! 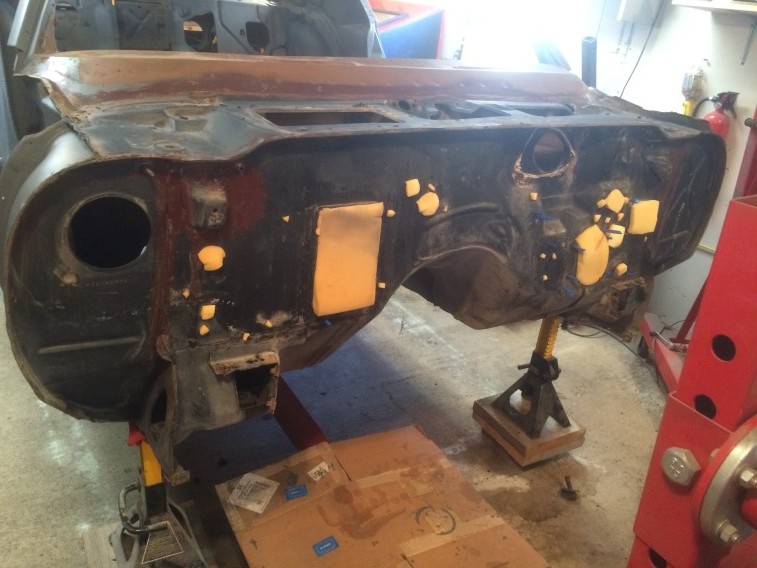